It’s about a month now since I got back from my week in Dalat and the central highlands.  I was so pleased with the pictures that I took on that trip that I’ve found myself reluctant to go out shooting since I got back, for fear that the pictures won’t be as good.  Clearly, I need to have a word with myself.  In the meantime, here are a few shots from my Saigon neighbourhood which were taken at the beginning of July. 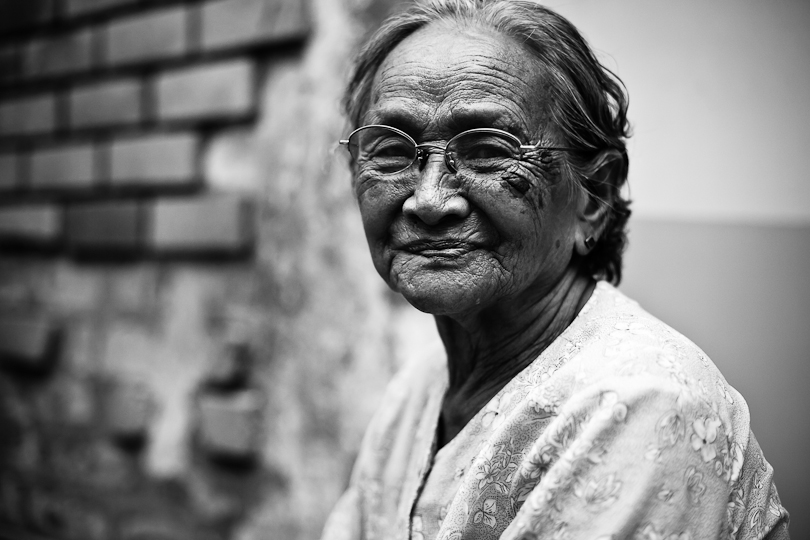 This is the third and – for now at least – final part of my Neighbourhood series. Over the last couple of months, I’ve spent a lot of time – though less than I would like – wandering the streets near where I live in Saigon, hoping to capture something of the character of the people and places I see every day. 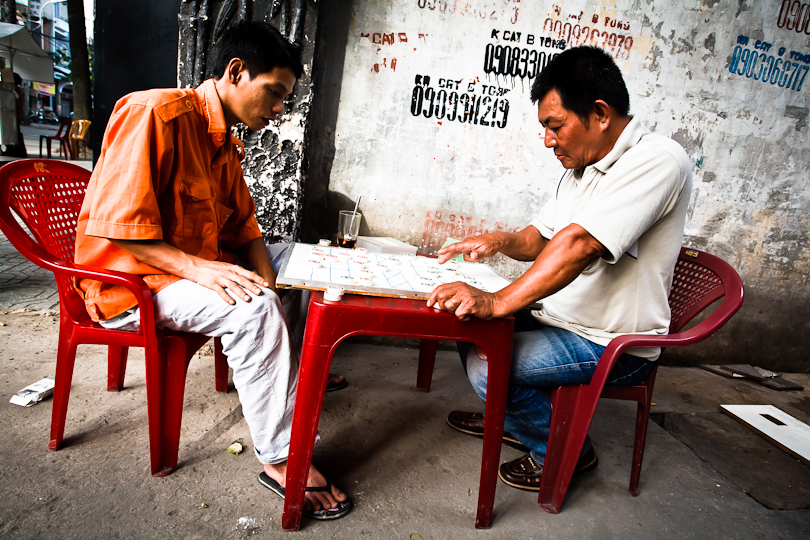 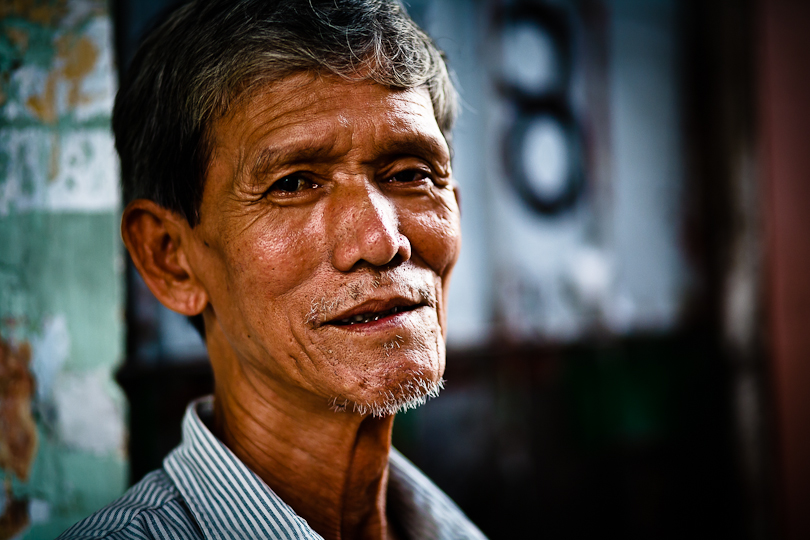 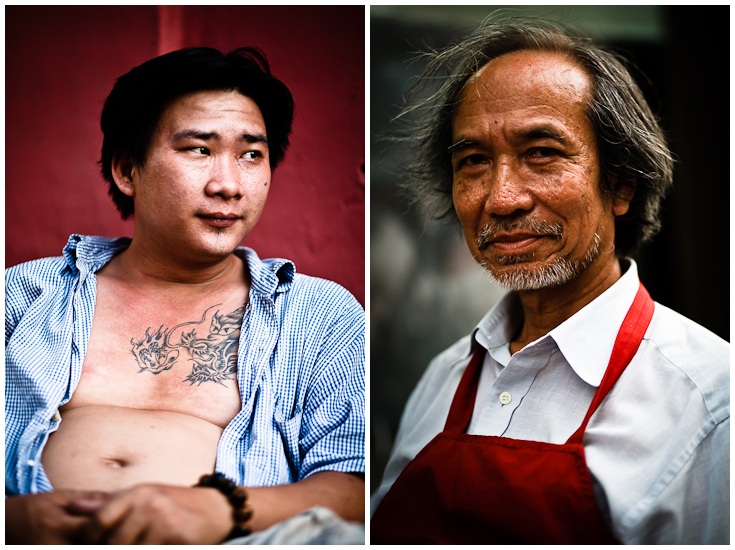 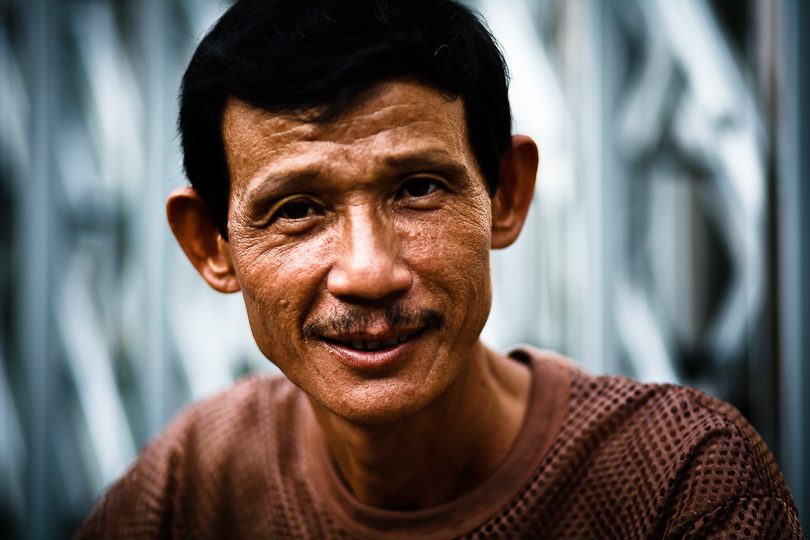 More pictures from my neighbourhood, taken over the last couple of months. I’m really lucky that so much of Vietnamese life is lived out of doors, and that so many Vietnamese people are happy for an awkward, foolish-looking foreigner to take pictures of them. 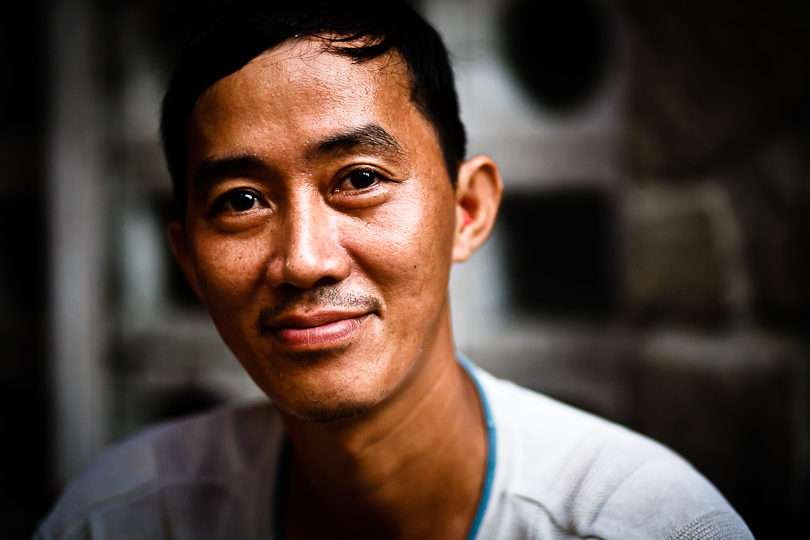 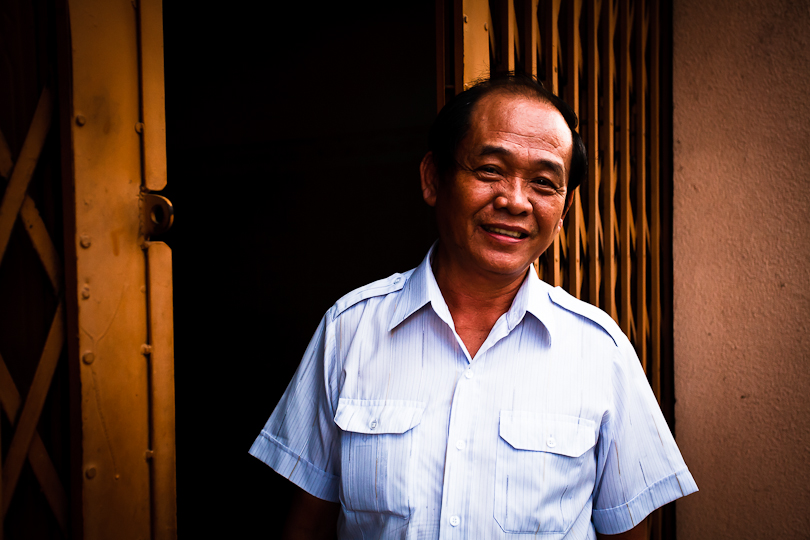 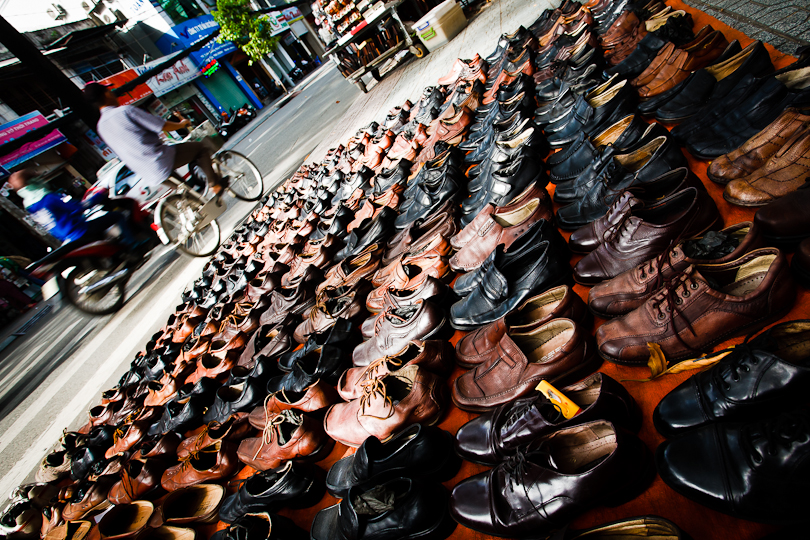 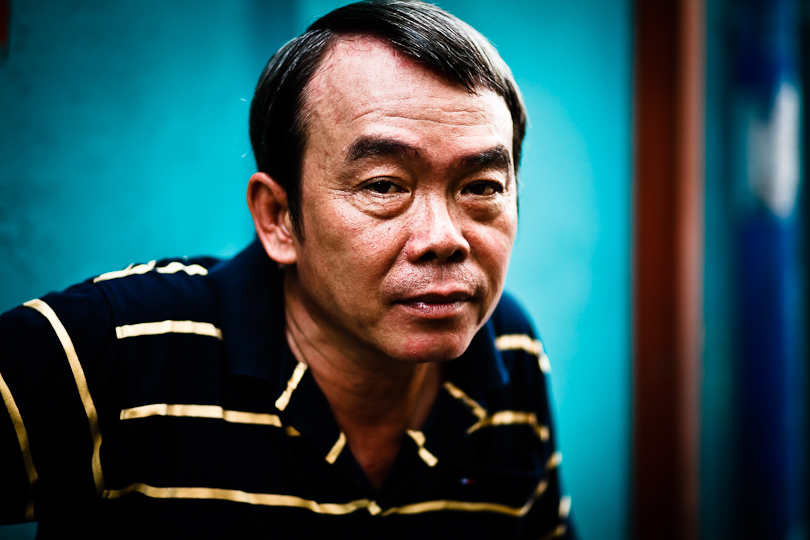 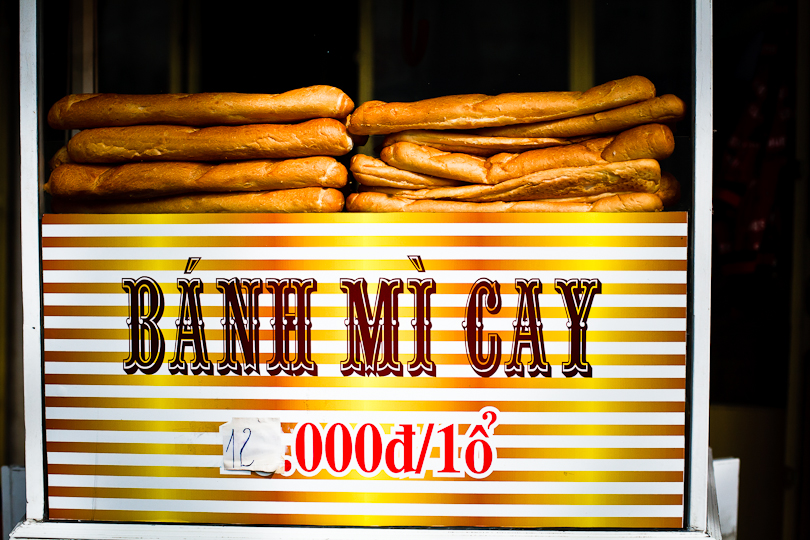 Over the last few weeks, I set myself the task of photographing life on the streets near where I live in Saigon. These shots were all taken within walking distance of my flat, where districts 1, 3 and Phu Nhuan meet. I hope that this post gives you some idea of what it’s like to live in this neighbourhood. 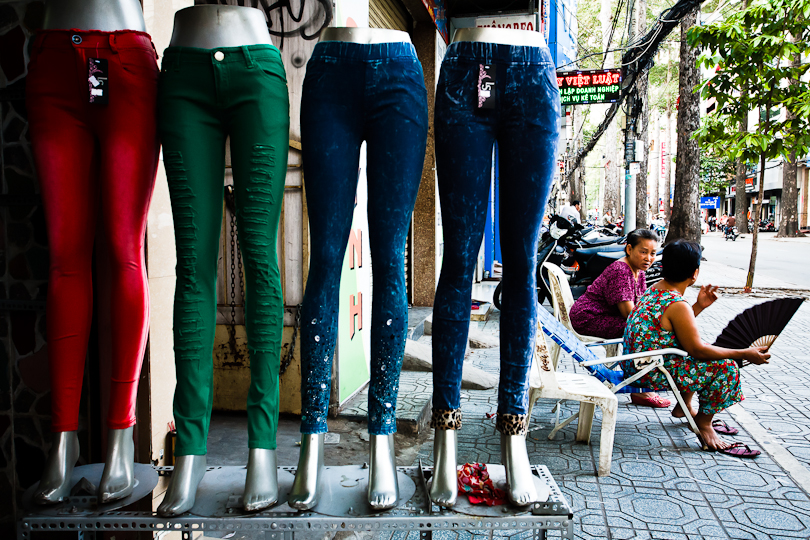 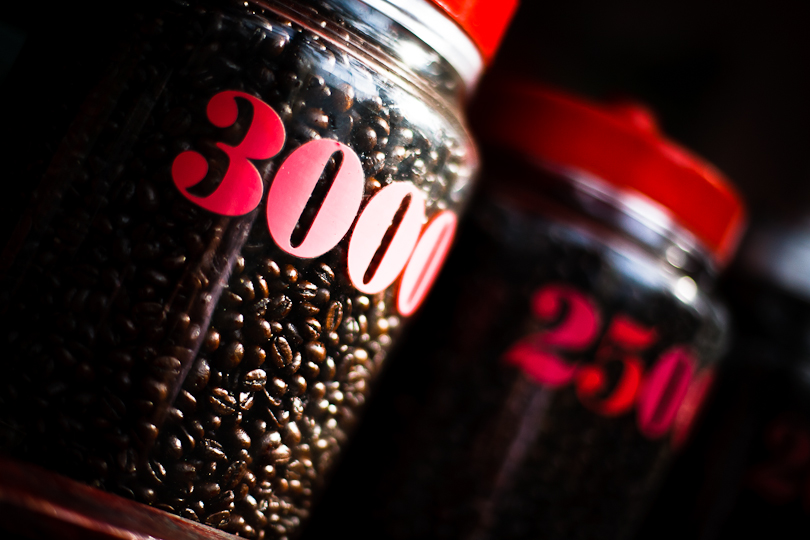 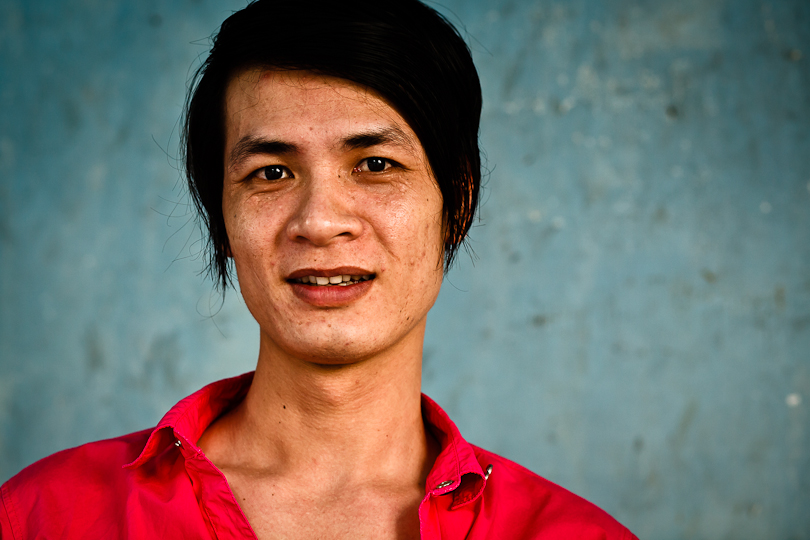 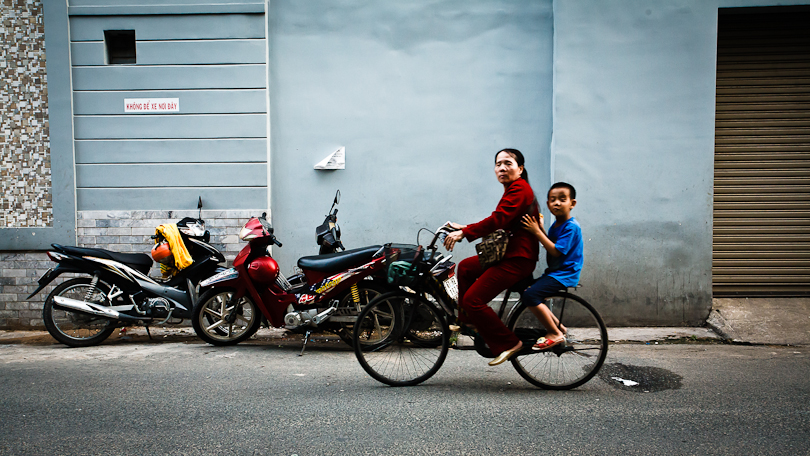 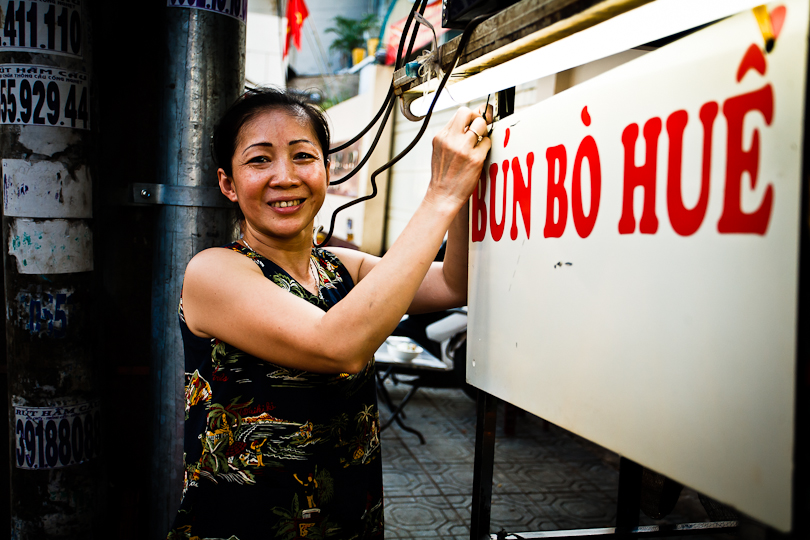 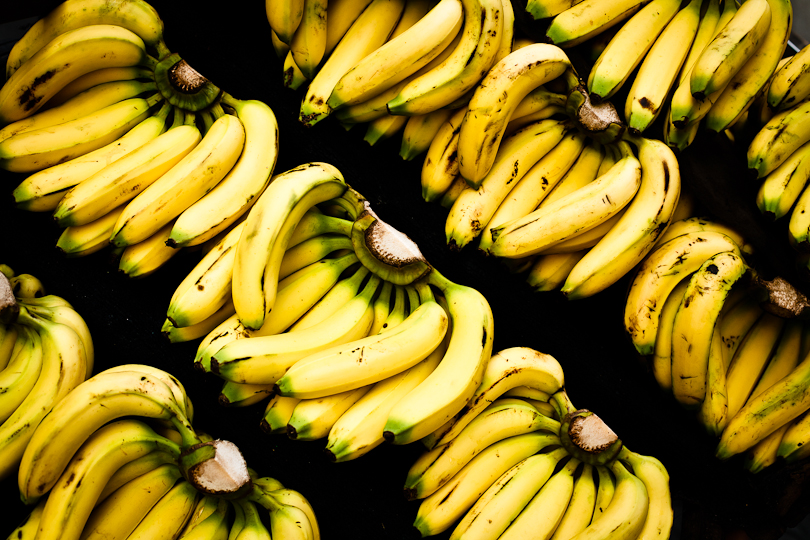 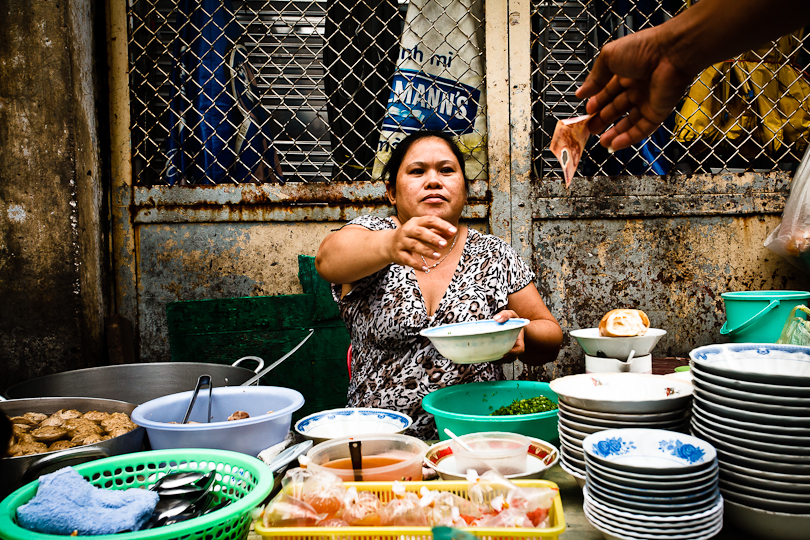 This post continues last week’s theme of simple, uncluttered portrait pictures. I wouldn’t normally post two pictures of the same person, but I just can’t decide which of these I prefer, wider in colour or closer in black and white.  What do you think?

I take a lot of portrait photos, as you will have spotted if you’re a regular visitor. Often, I choose a wide, or wide-ish, perspective to give the portrait some context, as in my last picture of the week. This week, though, I really wanted to focus on people’s faces, so I’ve been stepping out with my much-neglected 85mm lens. I wanted to take some simple, uncluttered pictures, with faces as the focus of attention.

I see a lot of different kinds of reaction when I approach people to take their picture. Hilarity, bemusement, sometimes irritation, but never hostility. Some people become self-conscious, almost standing to attention in front of the camera or, worse, pulling their camera face, sometimes accompanied by the dreaded thumbs up or V sign. These don’t make good pictures, but even the most reluctant or over-enthusiastic subjects will often start to feel more comfortable once they’ve seen a couple of pictures of themselves on the camera screen.

My favourite response, though, is that of people who simply carry on with what they were doing: smiling, frowning, dreaming, scowling, working. I saw this gentleman on Friday afternoon. I liked the way his t-shirt matched the rust on the metal gate behind him, but most of all I was drawn to his posture and expression. He was sitting just as you see here, with his head in his hands, not unhappy, but as if he’d got to the end of a long week and couldn’t quite muster up any enthusiasm for the weekend. I know the feeling. He barely moved while I took a few pictures, but broke into a big grin when I showed him the result. I can’t speak for him, but it was the highlight of my Friday.

Earlier today, I went for a late afternoon / early evening stroll around my neighbourhood. I had some vague ideas of capturing some street scenes or a city sunset, but as usual it was the people on the street that I was most drawn to.  This lady is selling lottery tickets. 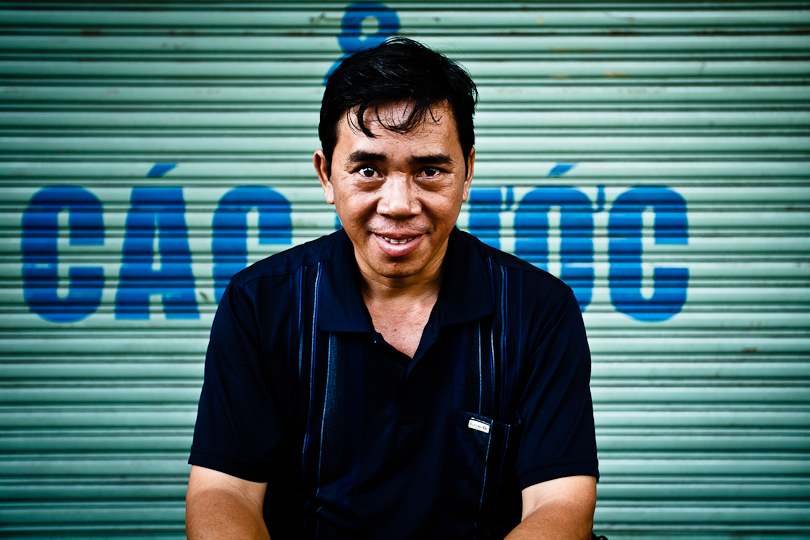 Sometimes, I go for a walk with my camera and nothing happens. Nothing inspires me, I’m not in the right mood, the light’s not right, it’s too hot, it’s too dark, I need a pee, it’s too bright, I’m hungry, I’ve got the wrong lens, I’m tired, the stars aren’t aligned, etc, and so on.

Other times, I stumble upon a great shot just round the corner from my flat. I walk past these blue shutters with their blue writing all the time, but on Saturday afternoon, there they were again, behind a nice man in a blue shirt who was happy to have his picture taken. It’s this sort of thing that restores my faith in photography, and in the universe in general. 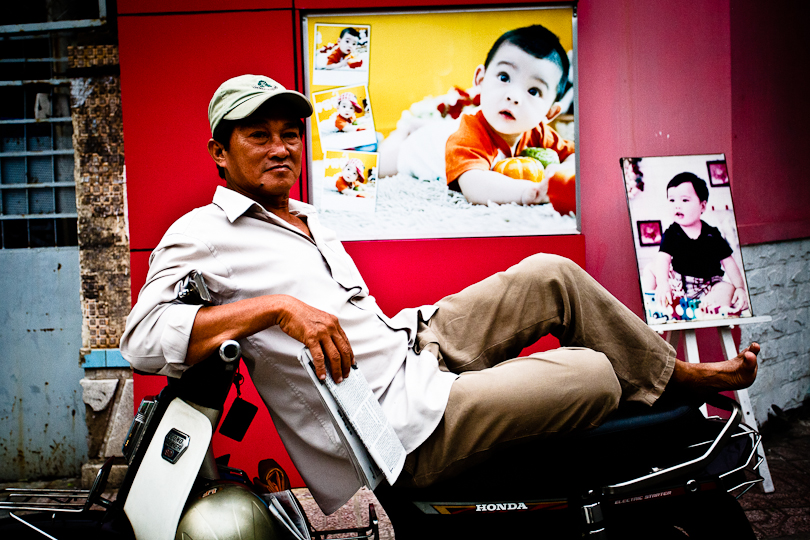