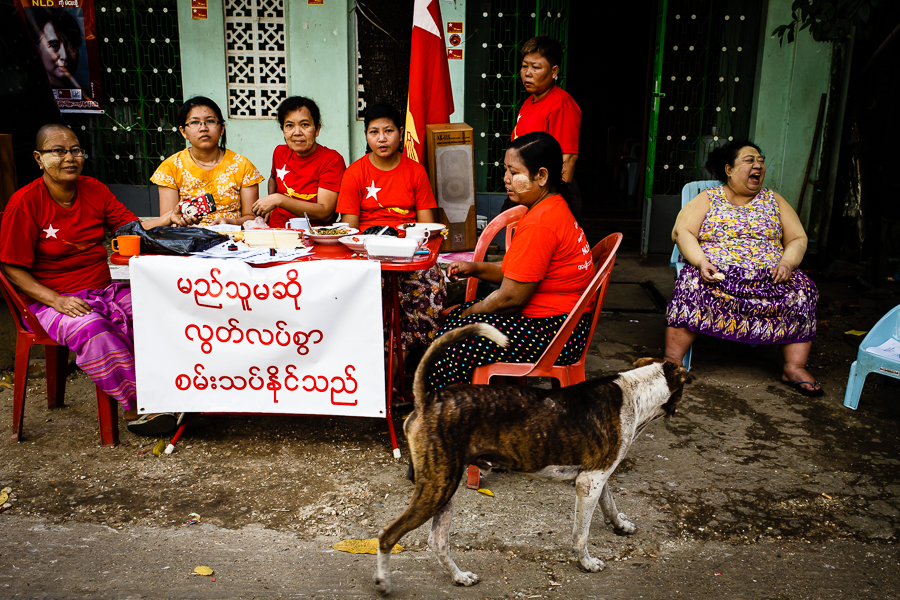 My autumn trip to Myanmar coincided with the country’s general election, which resulted in Aung San Suu Kyi’s National League for Democracy entering parliament with a majority for the first time, following decades of military rule. Everyone I spoke to about the election seemed to be cautiously optimistic – hopeful that the election would lead to real change, but wary about the ruling party’s willingness to make way. Aung San Suu Kyi herself appeared to be a genuinely unifying presence, calm, intelligent and dignified (a kind of anti-Trump), her image on posters, billboards and front pages throughout the country.

This collection of pictures is by no means a comprehensive account of the events of last November, just a few election-themed images that caught my eye. 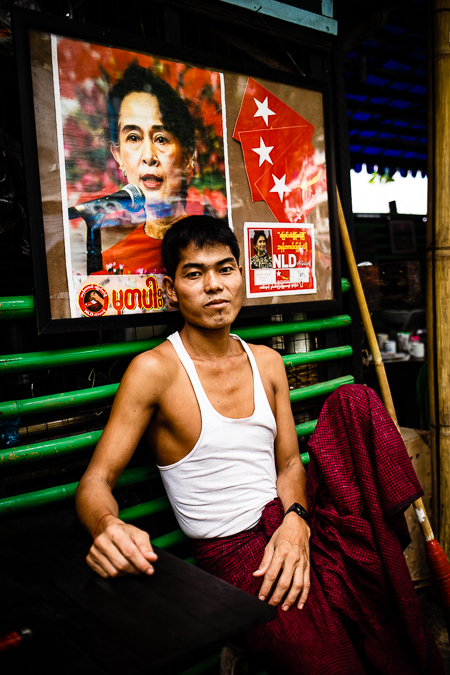