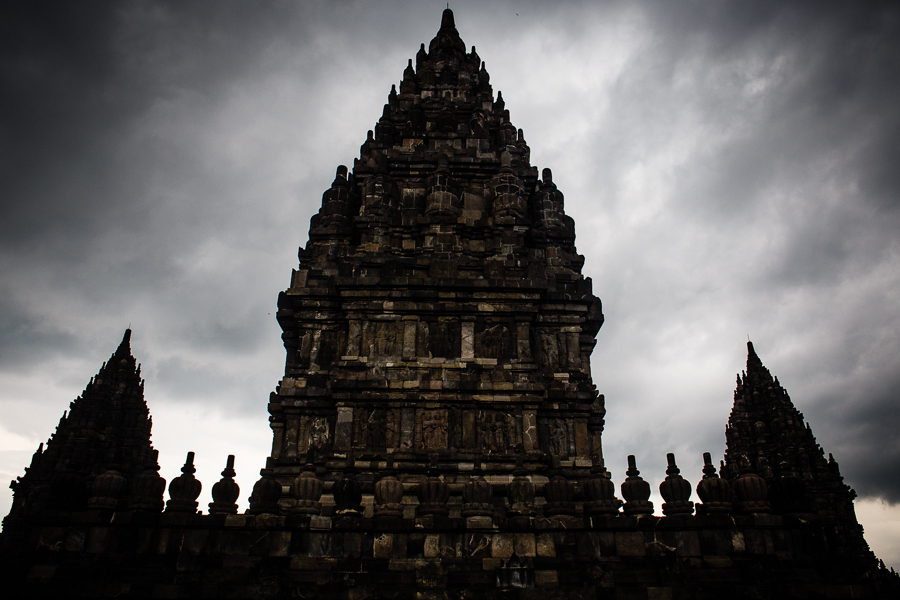 The title says it all, really. I made two trips to the Hindu temple of Prambanan while I was in Java. On the first visit, the heavens opened minutes after I arrived (shortly after the picture above was taken, in fact). On the second, the rain held off, despite the threatening clouds overhead. So no spectacular sunsets, but I think the cloudy skies make for quite dramatic pictures in this case. 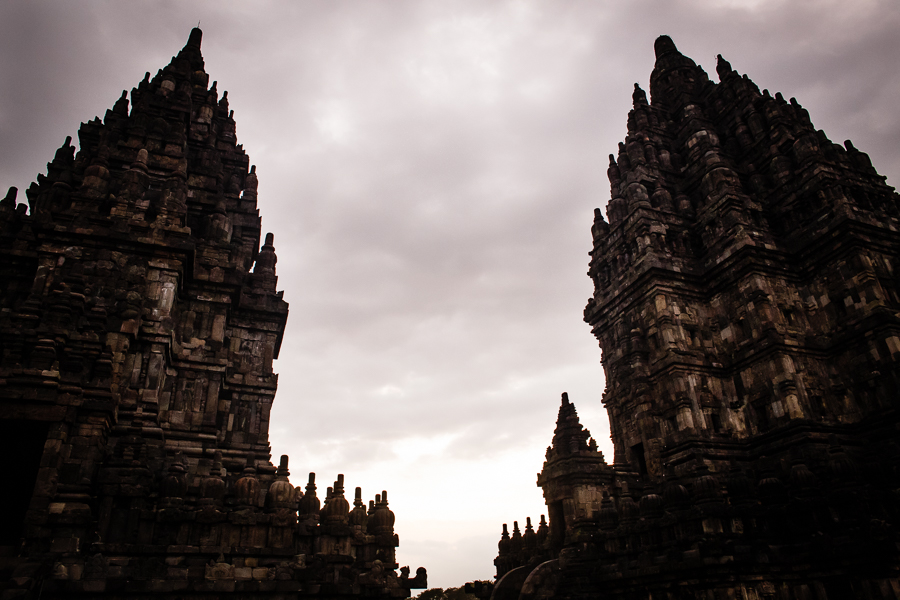 8 Responses to “Grey skies over Prambanan”