Along with Bagan and Angkor, central Java’s Borobudur is one of south-east Asia’s best known temples. While those first two are vast complexes that consist of many separate temples scattered over a wide area, Borobudur is a single structure, but one built on a grand scale, the largest Buddhist temple in the world.

My first sight of the temple was at sunrise from the top of nearby Setumbu hill. With hindsight, I should probably have skipped the trip up the hill and instead forked out the extra ruppiah for the sunrise ticket to the temple itself. My pictures from the hill were fairly underwhelming (so I haven’t included them here) and the best light had already gone by the time I made it to the temple at about half past six. But there were some pleasingly fluffy little white clouds in the sky, and the temple itself is beautiful enough to still be impressive in less than perfect light. 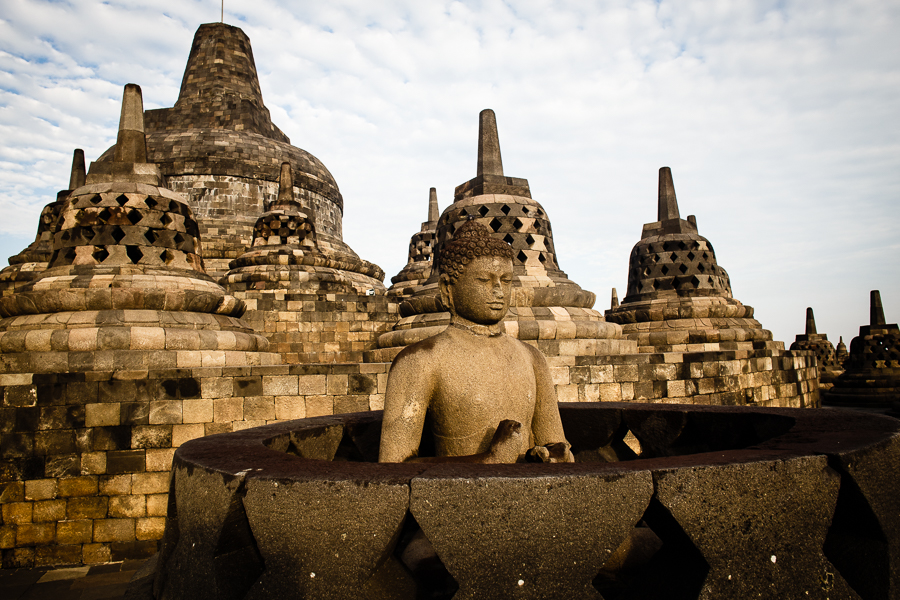 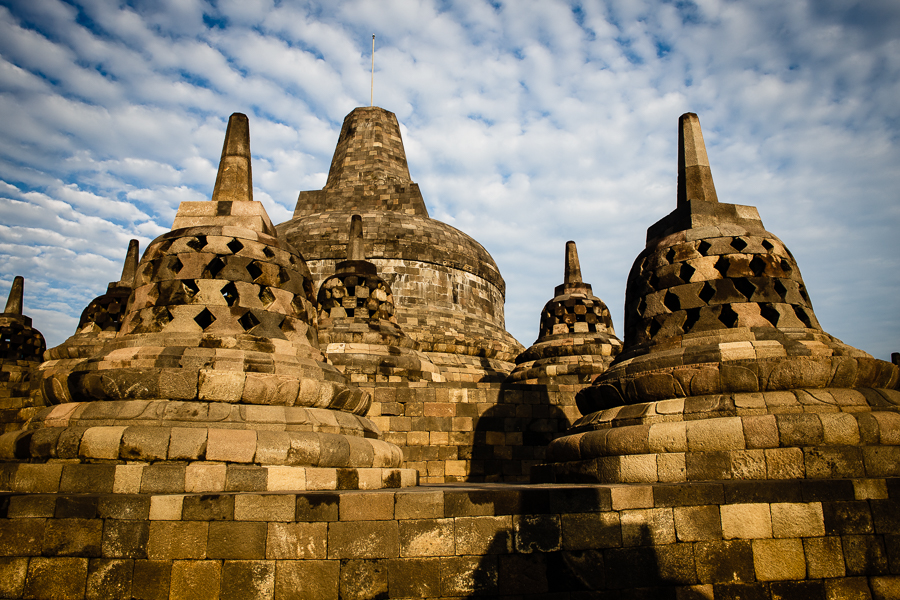 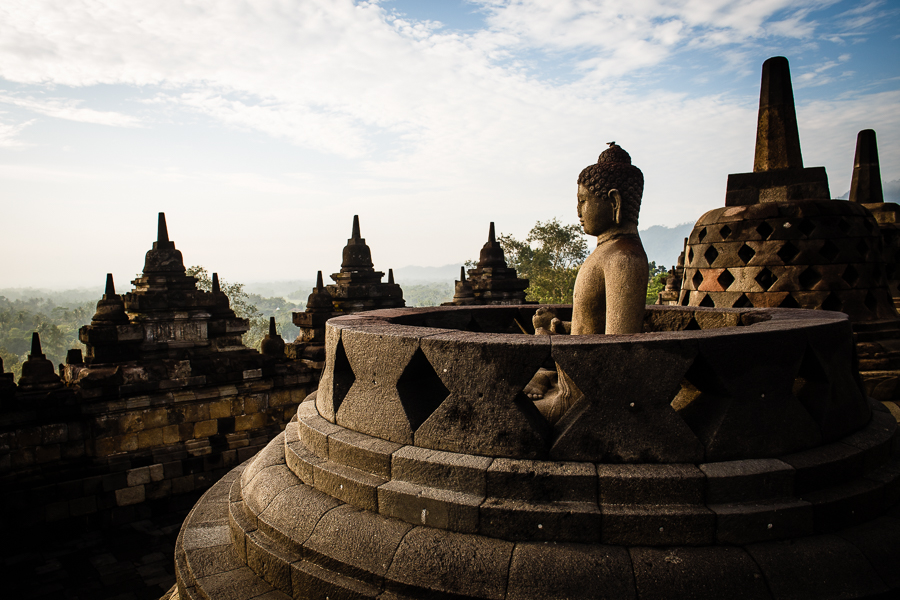 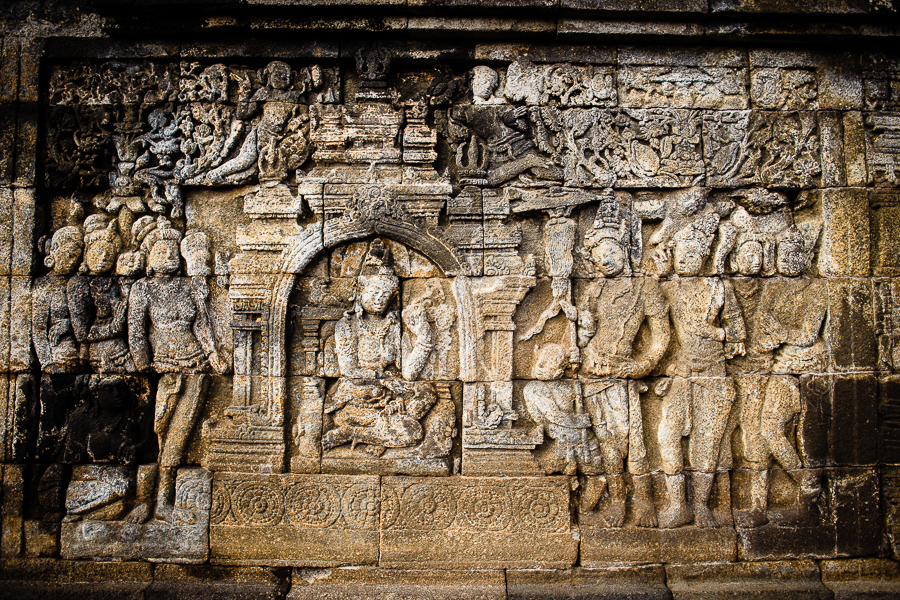 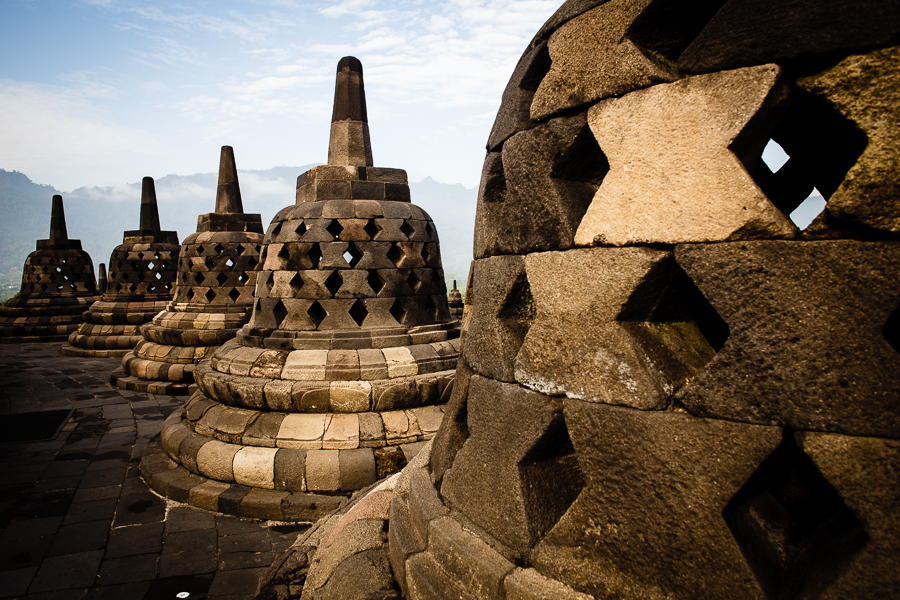 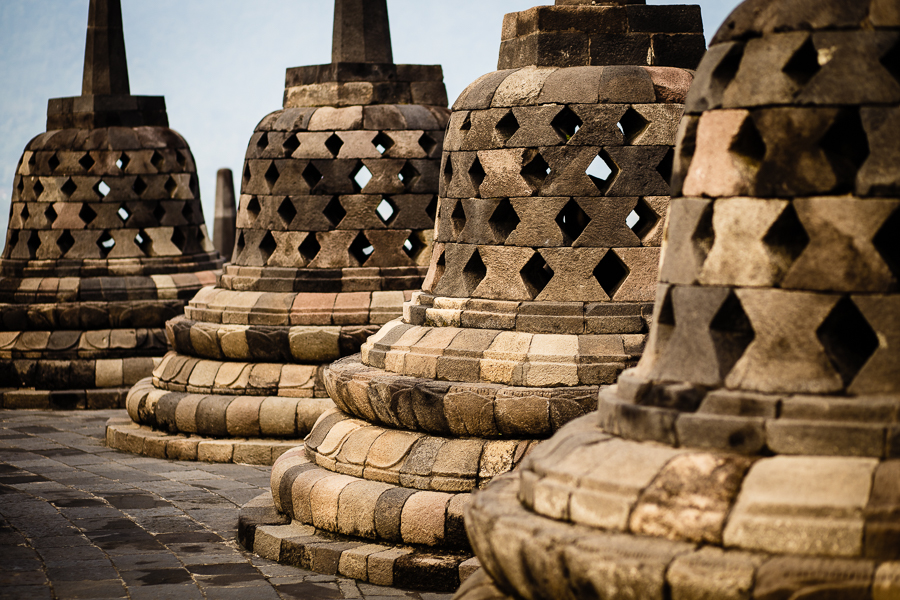 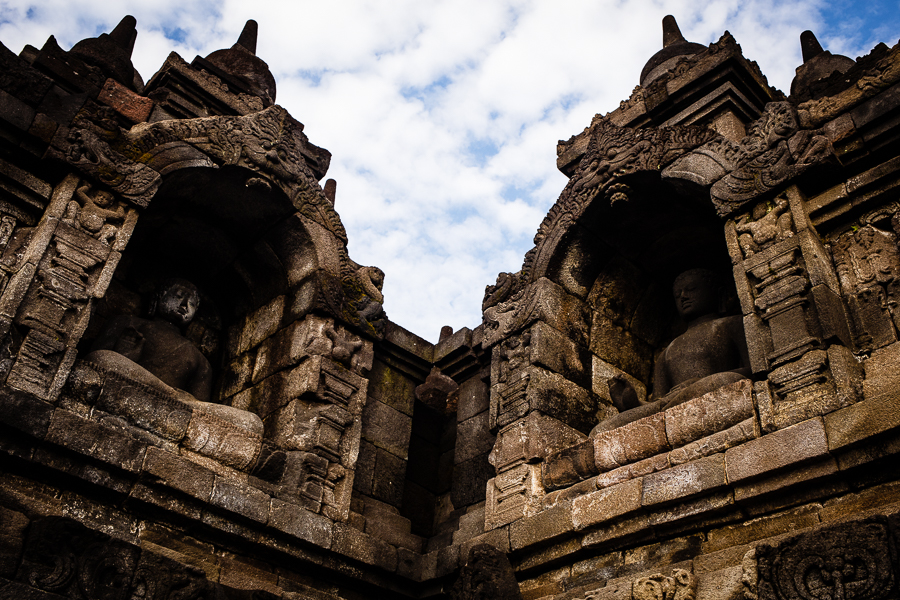 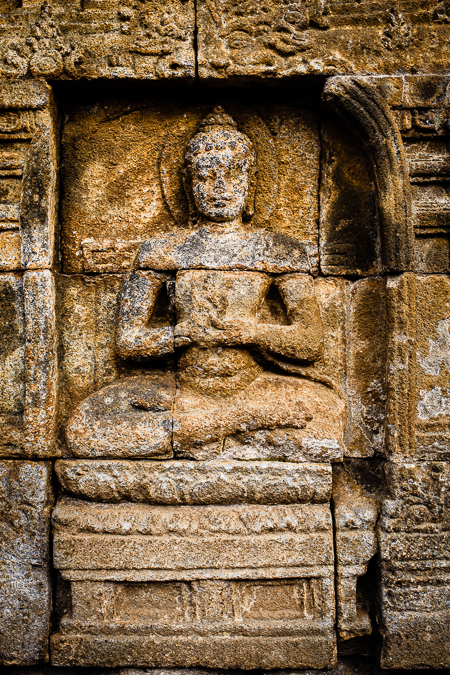 3 Responses to “A morning in Borobudur”