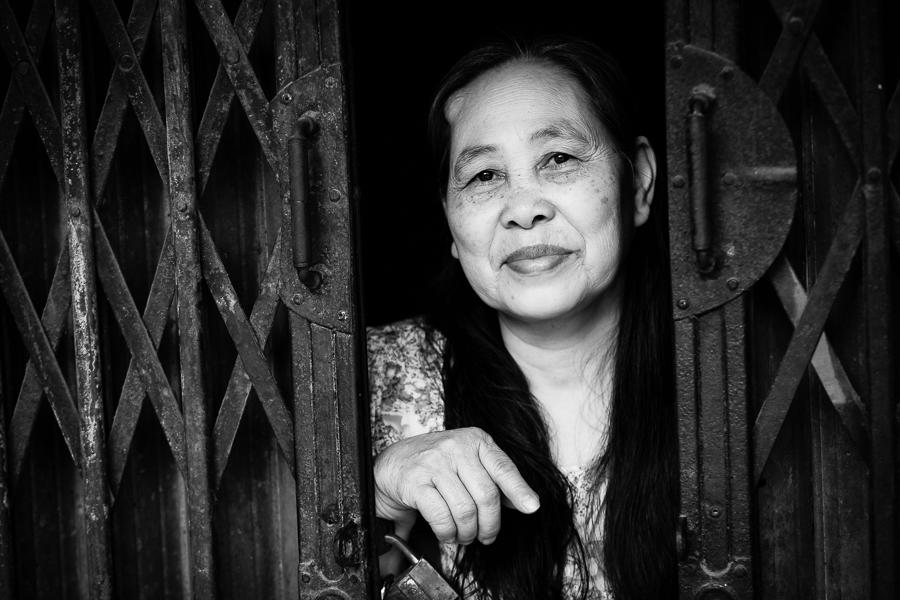 Back in January of last year, I took a series of pictures that I posted here under the banner Hanoi street portraits; these were tightly-framed black and white portraits of people I encountered on the streets near my home in Hanoi. I was quite happy with my little project, but I soon moved on to other things, mainly the photographs I took in Myanmar over the course of two trips in 2015. Recently, though, I decided to revive the series, and began taking more pictures in the same style, a handful in October, and many more in April. It was becoming a long-term project. Or perhaps I’d just run out of new ideas. 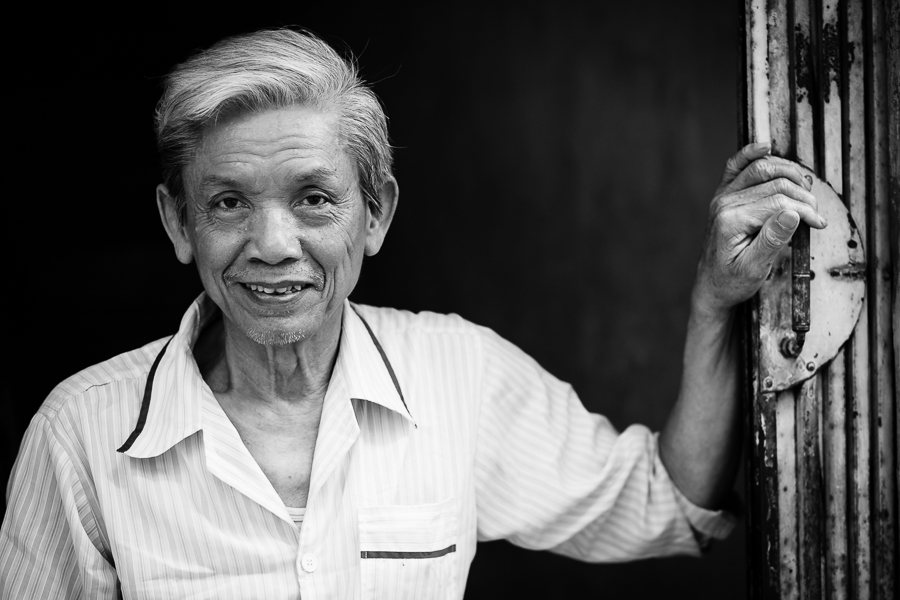 Re-starting the project in April turned out to be a good way of pulling myself out of the rut I’d found myself in since my second Myanmar trip. I needed some clearly defined rules and a simple task to focus my attention. Sometimes, I enjoy just wandering with my camera with no particular destination or purpose in mind, especially if I’m in a new, unfamiliar place. But other times that lack of specific purpose just makes me freeze; there are so many options and possibilities that I don’t know where to start. This can be especially true in Hanoi. I know the city well and I’ve taken a lot of pictures here. This very familiarity can create a kind of pressure. I feel I need to go somewhere different, do something new; I find myself reluctant to take pictures because I fear I’m just repeating myself. 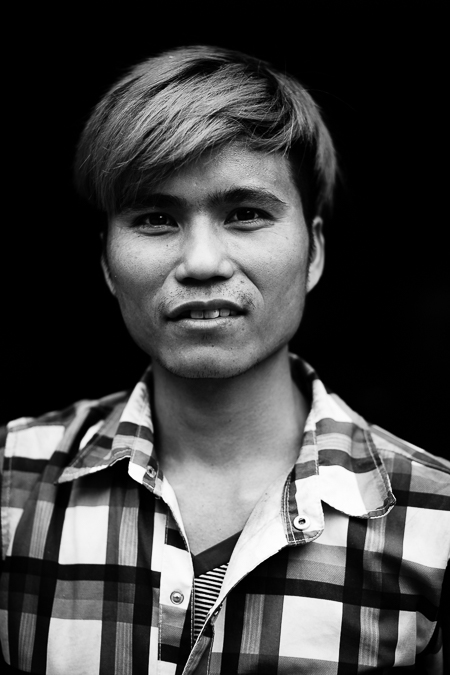 By concentrating on street portraits, I removed some of these self-imposed obstacles. I didn’t have to worry too much about how to approach a shot, what to include in the frame, what to leave out; I knew I was looking for close-up portraits, so other kinds of picture could simply be ignored. My camera settings were straightforward: wide aperture, focus on the eyes. Yes, I’ve taken these kinds of picture before, but that doesn’t mean I can’t take more, and take them better. And each person I photograph, of course, is different. And perhaps most importantly, I enjoy this kind of photography, both the process of making the pictures, and the selecting and editing that comes later. 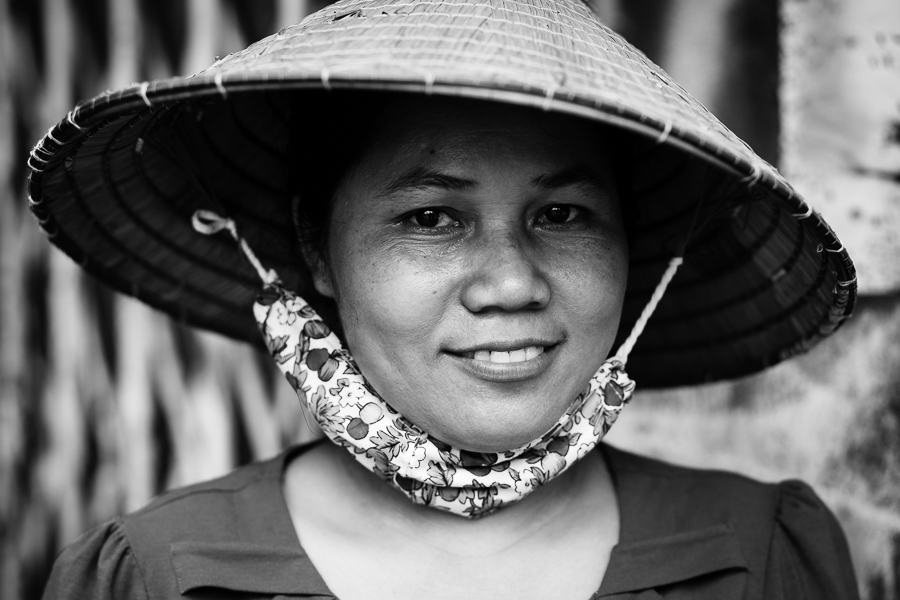 So what defines the pictures in this series? They’re all simple portraits, where the face is the focus of attention. The compositions are all formal. The people in these photographs were all aware of me taking their picture, and are mostly making eye contact with the viewer. I’m aiming to capture a natural, relaxed look – no cheesy grins or V-signs. I hope that there’s some intimacy about these pictures. Composition, focus and exposure all relatively easy to achieve, but intimacy is more difficult.

These pictures were all taken with a full-frame digital SLR, a Canon 6D, with an 85mm f/1.8 lens. There’s something about this lens that lends itself to the black and white treatment. The absence of colour – together with the tight framing, shallow depth of field and clean, simple background – minimises distractions and helps to focus the viewer’s attention on the subject’s face. 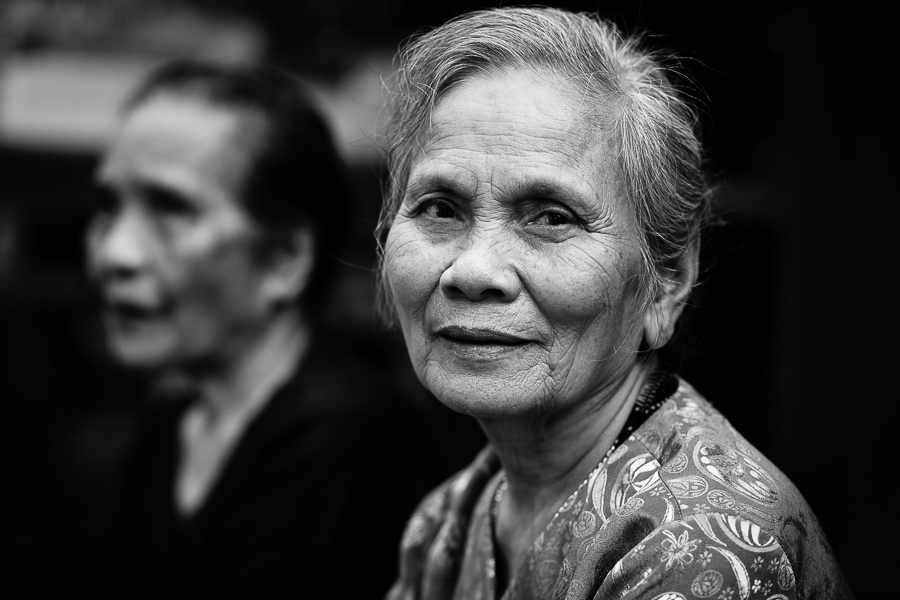 They were all shot in natural light. These April days were hazily sunny or a little cloudy. I mostly avoided shooting in direct sunlight, preferring the more even light of open shade. 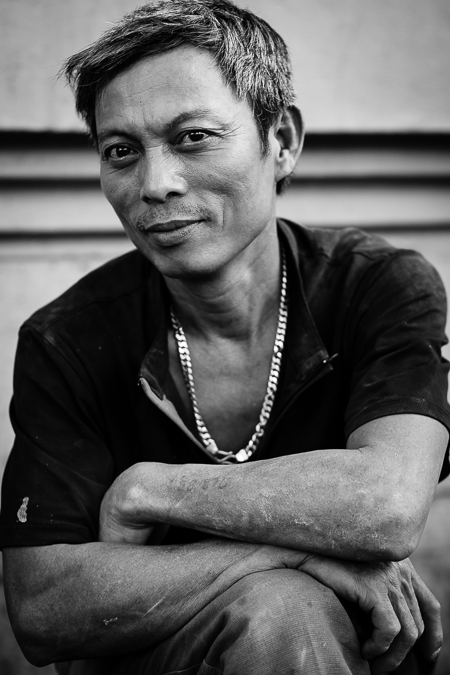 It’s not always easy approaching strangers and asking to take their photograph. I have days when it doesn’t work for me at all, when the spark just isn’t there. Thankfully, I have other days, like these few in April, when everything is right, when the streets seem to be full of engaging, interesting people. I’m hoping that there are more days like that to come. 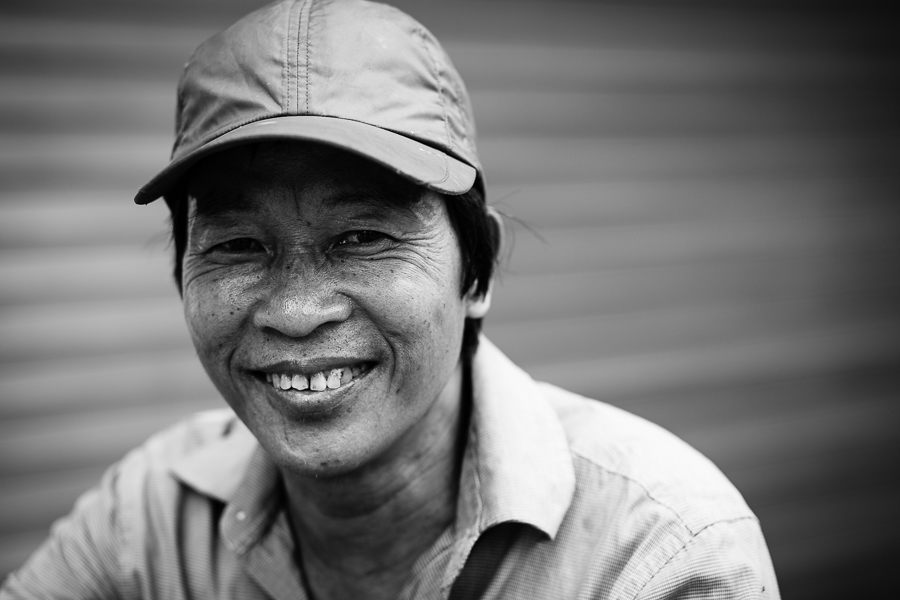